Bats as pollinators by Ed Powers

The prevailing public opinion on bats has been negative.  When I was young, bats were viewed as blood-seeking, frightening critters.  Nothing could be from the truth.  I find these creatures to be very efficient and quiet.
Many people are unaware that bats play an important role in many environments around the world. Some plants depend partly or wholly on bats to pollinate their flowers or spread their seeds. Worldwide, over 500 species of flowers in at least 67 plant families rely on bats as their major or exclusive pollinators. Birds and the bees pollinate in the daylight and the bats get to work pollinating at night. Not only are these little mammals important for pollinating so many plant species; they can be pretty darn cute too!
Common Blossom Bats from Australia, pollinate the flowers of plants that have evolved to produce nectar to attract them. Scientists believe that many groups of flowers have evolved to attract bats, as they are able to carry much larger amounts of pollen in their fur compared to other pollinators. The ability of bats to fly long distances is also another benefit to plants, especially those that occur in low densities or in habitats far apart from each other.
As well as their keen sense of smell, bats also use sight to find nectar-producing flowers. Bat flowers are often white or light-colored in order to stand out against foliage or the night sky, but they also can range from brown and green to pink, fuchsia and yellow. Even though they only open at night, bat flowers are often dull in color, which scientists believe may function more as a camouflage from other visitors than as a visual cue to bats.
Did you know that bats almost exclusively pollinate wild bananas, which originate from Southeast Asia? Bats pollinate many ecologically and economically important plants from around the world. The products that we value from these plants are more than just fruits, including fibers and timbers that we use everyday. Flying foxes, nectar and fruit eating megabats from Australia, pollinate the dry eucalyptus forests, which provide us with timber and oils that are shipped around the world.
Mexican agave plants, a source of fiber and tequila, are solely reliant on the pollination services of several nectar-feeding bats. Many tropical and subtropical rainforest ecosystems also rely on bat pollinators to regenerate. Without nectar feeding, bats not only would our environment suffer, but our way of living as well!
There are 2 groups of Bats.  The first are the small, mostly insect eating bats called Microchiroptera (microbats). While species of this group are found worldwide, nectar-feeding bats from this group only inhabit tropical and subtropical regions of the Americas.
The second group is Megachiroptera (megabats), a group that includes all the large bats, including flying-foxes, which predominantly eat fruit and nectar. Found in the Old World tropics of Africa, Europe, and Asia. They rely on their sight and sense of smell to find food. While they depend entirely on vision to negotiate their environment, they appear to do so quite well even in inclement weather and on moonless nights. So the old saying “blind as a bat” really isn’t true!
Bats also help control pests; they are the most common food among the 1,300 species of bats worldwide. This benefits our farmers in keeping many insect species in check. However the pollinating role many of our nectar-feeding bats play is just as important.
As you see our Bats are more than we imagined.
References:
Bat Conservation Trust
National Wildlife Conservation Blog
United States Department of Agriculture Forest Service 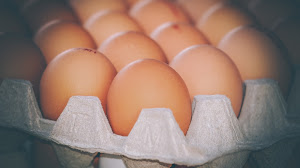