Aphids On My Honeysuckles!

By Raden Pedia Post a Comment
Aphids On My Honeysuckles!
by Kristina Hughes, Clear Creek County Master Gardener
I’m writing this blog partly as a reminder to myself to attend to a problem I first noticed last growing season but whose best treatment is applied during the winter. Now would be a good time to deal with it.
I have several honeysuckle shrubs on my property. They are one of the few types of shrubs I can grow which don’t get savaged by the animals and don’t require extra water. I have been hugely pleased with them.
This past summer, I noticed that the honeysuckle leaves looked odd: small, purplish and rolled length-wise, growing in tight little clusters as if the leaves had never fully expanded. From a distance the leaf clusters on the branches looked like they were covered in flecks of black and white dirt. When I looked more closely, I saw tiny white flecks and tiny green bugs, LOTS of them, all over both the outside and inside of the rolled up leaves.
I knew they were aphids because the tiny white flecks are discarded carcasses, like snake skins, which they shed as they grow bigger. And on the rear-ends of the living, green bugs there were little “tailpipes”, like two stubby tails.
Once I identified the bug as an aphid, I looked for information by googling ‘honeysuckle aphids site:.edu’. The first part of the search doesn’t require explanation. The second part, “site.edu”, may be unfamiliar. It instructs Google to limit results to websites that end in “.edu”. I like to use this search-refining tool to get straight to the university-based information which forms the basis of the Master Gardener program.
I immediately found web resources that described my problem exactly. The new growth on my honeysuckles had been attacked by a honeysuckle leaf-folding aphid, scientific name Hyadaphis tataricae. It’s also called honeysuckle witches’ broom aphid. Aphids are very common and usually don’t cause extensive damage to their host plant. They are a favorite food of many birds and predatory insects, which often keep the aphid populations at a reasonable level without human intervention. And if aphids get a little out of hand, they are easily knocked off the plant with a strong stream of water from a garden hose. Worst case scenario, one might choose to use an insecticidal soap which kills the aphids on contact. Aphids prefer sucking on new tender plant growth, so anything that stimulates new growth (such as cutting off the damaged areas) should be avoided. Pretty simple, right?
Unfortunately, I learned from a University of Wisconsin factsheet that the honeysuckle leaf-folding aphid has an adaptation which makes it more challenging to control. It sucks on the top side of emerging leaves and this causes the leaves to curl upward, thus enclosing the aphids and protecting them from the above-listed control measures. Predators can’t get to them easily because they are rolled up in their protective leaf. Strong sprays of water don’t easily dislodge them. Insecticidal sprays which kill on contact can’t reach the insects through the rolled up leaf. So these little aphids are especially tough to get rid of. Their saliva stunts the new growth of the infested plant and this can cause a decline in the vigor the plant. And several years of heavy infestation can kill the plant. I’m normally not very concerned when I find some aphids on my plants, because they are usually so easy to control, but these aphids seem to be different!
Apparently, these aphids lay eggs which overwinter on the tips of the branches and in the curled up leaves. So, one strategy for control is to trim the branches to 6” below any obvious distorted growth during winter and remove any leaves. Horticultural oil is also recommended to control leaf-curling aphids. Horticultural oil is applied during the dormant season (winter) before bud break, but when the temperature is above 40F. These are the steps I am reminding myself to do soon.
Another strategy is to watch carefully for bud break in the spring and spray contact insecticides on the new growth before the aphids cause the leaves to curl up. So I’ll have to set another reminder for that step.
I am glad I noticed the problem and then found information that seems to match the issues, so I can take targeted, effective steps to solve it. I really value my honeysuckles, especially since I have limited choice of plants which can thrive on my property in spite of the animals and the never-dull climate here in the mountains. I think I have my work cut out for me! 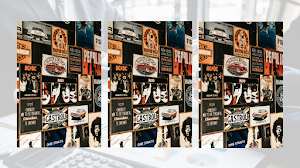