By Ginger Baer
Every well-seasoned gardener knows that each new year is different from the last.  From variations in temperatures, to variations in moisture, wind, pests, to the variety of plants one can potentially grow.  For the non-seasoned gardener, take heart!  Every year has a new challenge, but isn’t it the challenge that keeps many of us going?
I grow at 9000’ in the Gilpin County Community Garden. As if the altitude alone is not enough of a challenge, in the growing year 2017 we had the added challenge of combating a large influx of Golden Mantled Ground Squirrels and a multitude of pocket gophers. In an effort to improve our plots in the community garden, the CSU Extension office in Gilpin County purchased some metal water troughs. These created a barrier the critters could not dig into, nor climb. And the troughs, measuring 10’ x 3’ x 2’, gave our seniors raised beds in which to garden.  Something that my knees appreciated!
As added protection for the raised bed, I also used a floating row cover.  This protected the plants from possible frost, winds and beating sun.  I made sure to keep a portion of the cover open to allow pollinators to get in. They obviously did their job as I did have a mostly successful harvest.
Since our growing season is so short (maybe 90 days if we are lucky) the common practice is to grow cold weather vegetables. Peas, greens, carrots, broccoli, radishes, turnips and such do very well.  Often a second planting of greens can produce a late season crop. It is recommended to select varieties that have the shortest number of days to maturity.
Not to be deterred by conventional wisdom, I just had to try to grow some warmer season crops.  I opted to grow summer squash, cucumbers, onions and green beans. Here is a list of what I grew (or attempted to grow) and my notes about each.
Radish French Breakfast- I love this one! It is a long cylindrical shaped radish with great spicy flavor. I will do this one again next year. I also was able to successfully plant and harvest several crops of this as it is quick to mature.
Carrot Little Finger- This is a crisp and sweet carrot. I was able to grow many up to 6' long. I think this can be attributed to growing in the trough garden.
Arugula Rocket Salad, Roquette- I love this one! Very quick to germinate and a wonderful spicy flavor. I got a successive harvest late in the season. I will do this one again.
Lettuce Salad Bowl Red, heirloom- Bright red, deeply lobed leaves with a smooth silky texture. This grew well all season without bolting. I will do this one again.
Spinach Palco Hybrid- This is a favorite variety of mine. I have had success with this one for a few years. The leaves can grow quite large, but stay tender and the ribs are even edible with a nice crunch. Very slow to bolt. I will do this one again.
Peas Sugar Ann, Snap- This is a "bush" pea that grew to about 3 ' tall. It really did not require support as I grew the plants close together so that they would support one another. My only error was growing it too close to other vegetable because the peas flopped over on top of the other things. I will grow it again, but will be more mindful of what is growing nearby. A prolific producer. 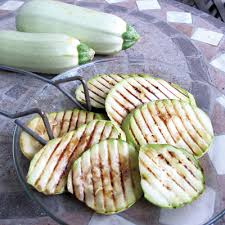 Summer Squash Grey Griller- Wow! This is a really great squash. It will give you zucchini like fruit within about 50-60 days. Large variegated leaves give the plant some interest as well. I will do this one again but do not need to have 4 plants, 2 will be enough. They took up about 25% of my trough and over produced for me. You know, close your car windows or you will get some squash from me!
Cucumber Lemon- This was what I would call a short season variety (70 days) but it did not do well for me. I only got 2 very small cucumbers from this. It could, in part, be from the squash overwhelming it, but also not suited to altitude in my experience. I also grew 1 plant in a pot on my deck and did not get but 1 cucumber to set. Some vegetables need warmer night time temperatures than what we have, and I believe that may be the case with this one.
Green Beans Denver: French/Filet- This is a lovely, slim bean that matures in about 66 days. I don't think I will do this one again though as it was slow to germinate and about the time we started getting frost only about 30% of the blossoms produced beans. They are tender and tasty, just not worth the space in my opinion.
Onion Mix: Red, White, Yellow- These were purchased randomly through the internet. I did not know if they were short day, long day or day neutral. I took a chance and planted approximately 60 sets. I feel this was a success because I was able to harvest some through the season to use as green onions for salads and then I did have a nice harvest at the end of the season of moderately sized and very flavorful onions.
In addition to growing my vegetables in the trough in the community garden I decided to give the pollinators somethings to thrive on.  In the ground next to the trough I planted Sunflowers: Florist’s Sunny Bouquet and some Cosmos. Both flowers did well at altitude and were loaded with pollinators once they started to bloom.
In another couple of months, the seed catalogs will be starting to arrive. I need to see about trying some new things, along with the tried and true.  I only hope that I have enough space to grow in, or else I may need to get a second trough!
Thank you, CSU Extension Gilpin County, for getting those troughs. They were a definite success!