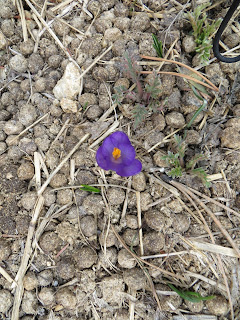 March and April are such variable months in the mountains.  March is usually one of our wettest months of the year, at least on the Front Range, with the highest average amount of snow. 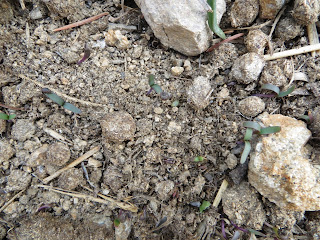 This March (at the time I’m writing this, anyway), has been much warmer and drier than usual. I’m seeing signs of spring that I don’t usually see until well into April, such as aspen catkins swelling, and wildflower seeds germinating.  I even had a crocus blooming at 8,700’ on March 20 -- the first day of spring!  Last year, I didn’t get my first crocus until April 10.  Some years (ones with an early spring and late Easter) even see Pasque flowers (the name refers to Easter) blooming at Easter up here, and we might see that this year.  My Pasque flower buds are already starting to swell.
What causes such dramatic differences from year to year in plant growth? 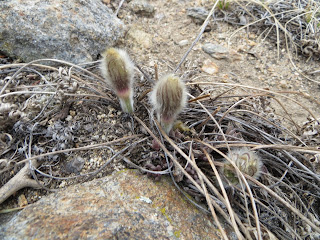 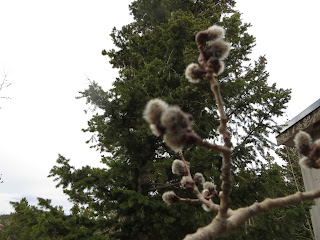 Plants rely on two main cues to come out of dormancy/germinate.  One is day length – plants in the Northern Hemisphere get the message that spring is here by the increasing day length.  This photoperiodism, as it is called, is helpful to trees to keep them from breaking dormancy during a warm spell during the winter.
But temperatures are also important – on cold, snowy years, even though the days are lengthening dramatically, the plants will stay dormant until suitable temperatures are reached.   This dual mechanism helps plants to maximize the growing season while minimizing the risk of freezing.
Long term data sets have showed that spring leafing out is arriving earlier than it used to – by an average of two weeks, depending on the species (http://www.climatecentral.org/news/spring-may-arrive-up-to-five-weeks-earlier-by-2100-study-finds-15681).  And this year, spring is up to 20 days earlier than usual in the southeast part of the US, and it’s too early to see what will happen in the north (https://www.usgs.gov/news/just-how-early-spring-arriving-your-neighborhood-find-out-0). It’s hard to say with certainty what the consequences of this trend towards earlier springs will be, but it will no doubt have a big impact on ecosystems and agricultural production.